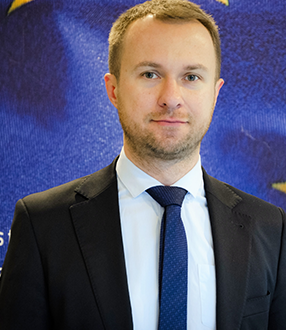 He is in charge of the European industrial policy, coordinating EU efforts to master the new industrial revolution. He is part of the team drafting the new strategy. He is also responsible for the EU Industry Day and the High Level Industrial Roundtable „Industry 2030”.  In this context he also works on the topic of future of work and workplace innovation.

Grzegorz also focuses on social innovation and supporting grassroots ideas: apart from general policy issues he is involved in the European Social Innovation Competition and the Social Challenges Innovation Platform.

Previously to that, he worked for the Polish public administration. In the Ministry of Economy he dealt with SME and industrial policies. 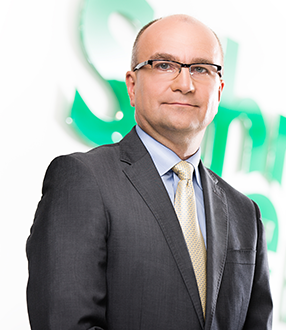 Jacek Łukaszewski, Schneider Electric Cluster President responsible for operations in Poland, Czech Republic and Slovakia managing directly four business units, i.e. Buildings, Energy, Industry, and IT. He has over 20 years of experience in automation industry and broad understanding of automation control and power supply systems. In Schneider Electric since 2002. Before he managed building automation division in Central and Eastern Europe covering more than 20 countries. 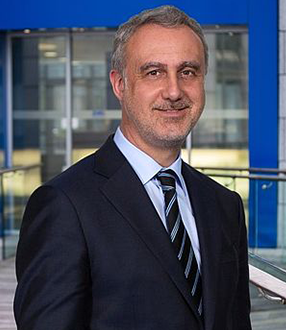 Oliver Blank is Director European Affairs with ZVEI – the German Electrical and Electronic Manufacturers’ Association. In this function, he is responsible for the coordination of all ZVEI European affairs and the management of the ZVEI European Office in Brussels. In addition, he coordinates some of the international work of ZVEI, including ZVEI’s China business and the Beijing EuropElectro Office.
He is active in ORGALIME, the European umbrella organization of the engineering industries; in BDI, BUSINESSEUROPE and within some of the European sector organizations. In parallel to these functions, for six years, he has been the Secretary General of T&D Europe – the European association of the energy transmission and distribution technology providers.
Oliver Blank joined ZVEI in 2003 and has been active in various functions since. Prior to ZVEI, he was the first Secretary General of EICTA (today: DIGITALEUROPE), setting up this new association of the ICT and CE industries in 2000 in Brussels. During this time, he ran a European funded PHARE project for the set-up of industry associations in Central- and Eastern European countries prior to their EU accession in 2004. His first position in associations was with VDMA, the German Machine Building Association, in 1998/99, as policy advisor for electronic commerce and the information society. In his early years after university, he worked as a consultant for two advertising agencies, Bozell and Huth & Wenzel. He has a PhD in Political Science from Johannes-Gutenberg University Mainz and a M.A. from Bowling Green State University / USA. 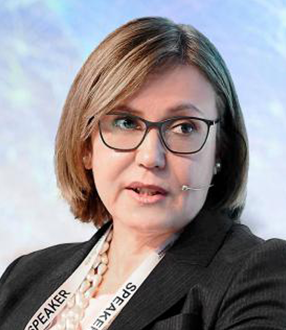 Rada Rodriguez joined Schneider Electric in 2000 and has been at Schneider Electric Germany since October
2009. Six years ago, she was named CEO of Schneider Electric GmbH and Country President Germany, and
in 2017 she assumed the additional role of Senior Vice President Global Alliances.
In over 30 years working primarily in international corporations she has combined leadership roles and
technical expertise across sales and marketing, product and offer management, project management,
business development, steering international R&D teams, and overseeing integration of acquisitions and
internal change processes.
Ms Rodriguez is also a member of the Board of Directors of ZVEI, the German electrical engineering and
electronics association. 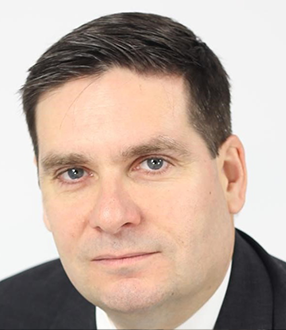 “Head of Sector, Digitising European Industry Governance, DG CONNECT, European Commission. Yves has been working in the policy fields to foster the uptake of digital technologies since the Digital Agenda for Europe in 2010 and is now driving the Digitising European Industry initiative as Head of Sector for its governance, in DG CONNECT (European Commission). An engineer graduated in microelectronics and in computer science from the Polytechnic School of Louvain, he joined the European Commission as a scientific officer for R&I projects dealing with health informatics, later with network security and dependability. Prior to this, he led, among others, distributed systems and security projects at the Open Software Foundation Research Institute.”. Pic is attached.